This guy’s voice will blow you away, definitely don’t judge a book by its cover on this one. This guy is a musical prodigy producing as well as playing every instrument himself.  He was on his way to the Army when his concerns about our presence in the Middle East made him change his mind and focus solely on music, and boy are we lucky he did.  Check out his website for free downloads: www.jhameel.com 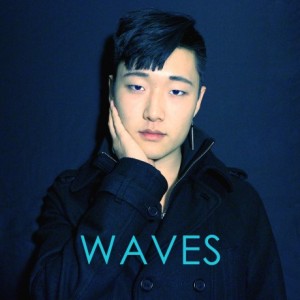 Dumb lyrics aside, Mike Posner is really talented.  After getting a preview on his mixtape, we now have the full version of his first single, “Looks Like Sex.”  I gotta give him credit for his production as well as his vocals, he has a very unique sound, and this song was made to be a radio hit.  Check it out.

And here it is….I am a little underwhelmed at the video, but this was the theme song of my summer and is still going strong.

Is there anything this woman can’t do?  Besides the originality and creativity Florence Welch and company bring to the table, she has a killer, awe inspiring voice.  That voice which is seemingly being sampled everywhere in hip hop and electronic music these days, has now flipped the script. Here on BBC radio, she puts her own spin on the title track of Drake’s new album, Take Care, featuring Rihanna and produced by Jaime XX.  Original track is posted below, but both versions are completely addicting.

Off of Justice’s latest album, “Ohio,” is full of Beatlesque “Gnik Nus,” vocals and an addictive electronic beat.  Lupe then sampled the beat for his new mixtape, previously posted on AOS, in which he raps about his favorite 90’s urban drama movies.  Check out both below. But first check out this bad ass picture of the group, Justice. Yeah thats right, looks like these dudes got a great deal on some leather jackets and shades on Black Friday.  So they decided to rock them out in a cool B&W pic probably taken at Sears. But I totally caught the dude in the back covering up his Cats, the musical t-shirt.  Never the less, these guys have put together a great album.

Lupe Fiasco is back with a new mixtape.  It’s great how the music industry has evolved; artists are in more creative control and can release material to spark interest for their actual album.  Also the artist does not have to pay royalties on songs sampled for mixtape material, giving them complete freedom.  Here, Lupe samples M83’s “Midnight City.”  This actually works quite well, d/l Friend of the People: I Fight Evil now! 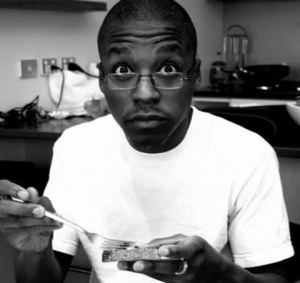 Lupe Fiasco – The End of Time

“Man all these cameras are bananas…,”  Coming off a great performance at the American Music Awards, I decided to post a song off Breezy’s latest mixtape,  Boy In Detention.  After the success of his last mixtape, which first gave us his singles, “Deuces,” and “No Bullshit,” Chris decides to take a stab at his MC skills, and they aren’t half bad.  “First 48,” is the opening track and features  Mr. Brown rapping over a   looped drum beat and horns.  I gotta be honest, this is a great track to throw on your iPod when you go for a run.  I am also re posting the R&B highlight from the release which had been previously posted on AOS, “Leave the Club.”  Click the title to download the mixtape.  I have also managed to find the below pic from his Fresh Prince of Bel Air phase.

Kaskade’s new album is solid start to finish, he has his traditional electronic high energy tracks as well as his “Ice” versions in which he concentrates more on an almost acoustic, toned down versions of his tracks which sound just as good.  Kaskade invites singer, writer, and guitar player Marcus Bently, on “Let Me Go.”  I could literally post every track from this album, but that would be obnoxious, and also take me a long time.  Currently I am in a food coma, and deciding whether or not I am going to the local Wal-Mart to buy laundry detergent.  Yes, I know, most would ask why the hell I would even attempt to join the crowds of people all trying to get a crappy TV at a cheap price.  But I will find it entertaining and I really would like to get some laundry done.   That is all. 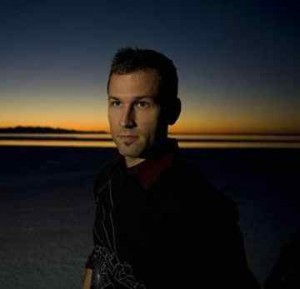 Ok so I must admit, this one has been around for about 6 months now but it’s the biggest party night of the year, I’m trying to rage, and it’s seriously too good not to post.  Here the 17-year-old pop/house producer took what has become a classic for deadmau5 and brought it to a whole new level.  It’s like Deadmau5 threw the party, and yeah the people showed up but it was missing something, so all of a sudden Madeon shows up with the women, ecstasy and Daft Punk.   No I’m not on drugs right now, just saying that’s just what it sounds like… 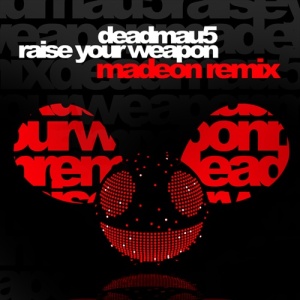 A while back we posted a DJ by the name of Hohme who had a solid knack for the art of the mashup.  After perusing his soundcloud page, I discovered this BANGER.  Anytime you remix an Imogen Heap song you’re bound for a hit, but it’s not until after his sample of  Imogen’s “Hide and Seek” does the song really takes off.  Really looking forward to more from this guy. Oh ,and thanks for the shout out David.