About 2 years ago I drove to the House of Blues in Cleveland to see an up and coming MC from Canada.  He had an amazing mixtape and had the blessed ability to rap and sing in tune.  All his songs weren’t about cars, rims, or derogatory terms for women either.  He was a child star on a kids show and embraced it and even grew up in a middle class neighborhood.  No drug dealing past, never been to jail, just a kid who enjoyed entertaining since he was young and wanted to write stories in the form of song.  That artist has grown up to be one of the top Hip Hop  artists out, and he got to the top by picking the road less traveled.  He takes the art form and is not afraid to go outside of the box.  Check out two of his early songs from his mixtape So Far Gone.

Everybody can enjoy this 90’s radio hit.  Blackstreet and Dr. Dre dropped this radio monster back in 1996.  Originally the beat was penned for 2pac, but when Dr. Dre departed Death Row, he instead sold it to Blackstreet.  It reached #1 on Billboard and was even ranked #32 on VH1’s Greatest Songs of the 90’s.  Now being I haven’t posted all day and I just got home, I decided to treat you with a very special bonus.  After you enjoy the original, check out an Australian Electro artist, Chet Faker, and his mellow cover of the popular hit.  You won’t be disappointed.  But wait there is more.  How about if you love 90’s rap, you check the version 2pac finally put out posthumously, under his moniker Makaveli, on the first cd released after his death.  Alright that is all, enjoy!

Makaveli – Toss It Up

Mac Miller continues to prove himself worthy of all the hype and the huge following he has been attracting, releasing track after track of just fire.  The most popular of course being “Donald Trump,” which he even gained the attention of The Don himself.  This one is off his upcoming mixtape ’92 till Infinity (a perfect segway from our throwback mentioning Mighty Souls of Mischeif’s “’93 til Infinity”-no big deal) and is produced by the world famous DJ Premier. 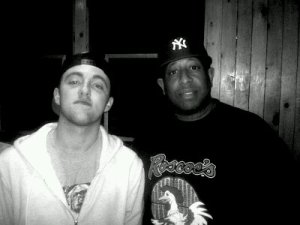 Man, this one is going way back. I literally had my ipod on shuffle and this song started playing and I thought…why not?  Mighty Souls of Mischief were a hip hop group out of Oakland that got together back in the early 90’s and really took off with their hit “93 till Infinity.”  “Cab Fare” was released back in ’96 and samples the theme song to the hit 70’s show,  Taxi.  On a side note, what an awesome show that was. The cast included Danny Devito, Andy Kaufman, Christopher Lloyd, Judd Hirsch, and of course none other than Tony Danza… and we all know what he’s famous for.

Souls of Mishchief – ’93 til Ifinity

Yonas is an up and coming rapper straight out of the boogie down Bronx.   I stumbled across this artist while frantically searching the interwebs for new music and found his remix of Foster the People’s “Pumped Up Kicks.” I know, I know… how many times can that song be remixed?  But he did such a solid job on it, that it had me looking for more and I found one of his older tracks “Mindless,” both of which are included below.  He recently just released his new album, The Proven Theory, leading with his first single “Shy Kidz.” Check out the video at his page http://www.yonasmusic.com