Here’s the 2nd single off Coldplay’s soon to be released album “Mylo Xyloto,” due October 24th. This track falls right in line with that signature sound that was so prevalent on their last album, Viva la Vida, which they have been developing over their past four albums.  No surprises here as it is that classic Coldplay that their fans have grown to know and love. 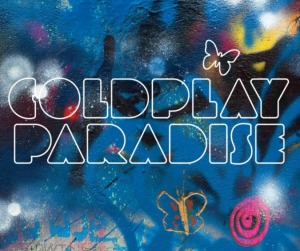